(contains content which may offend)
an experiment with voice, and finding the line between weird and too-weird

John had gone out for a smoke on the sad grey cracked bit of patio that passed for his flat’s garden. The air was cold and heavy, and the moon was that kind of almost-crescent that looked like it was too bored to make much of an effort and expected congratulations for making any kind of appearance at all.

The end of his cigarette glowed like a firefly. He’d stood here with Susie just last week, her shoulder against his, her head tilted back as she watched the sky. There’d been stars then, and the moon had been full and glowing as though it actually gave a fuck.

He flicked off ash, and it swirled away into the cold night.

“Take you back inside and make love to you,” he’d wanted to say. But he’d just said, “Dunno. What do you want to do?”

She’d given him that look, that exasperated please-make-an-effort sigh. “I want to do what you want to do.”

What if he’d said it? Said that he wanted to take her to bed and never let her leave, wanted to fuck her until she couldn’t walk, wanted to make love until she whispered his name with each exhalation and held him and said she’d never leave?

“We could watch a film,” he’d said, and she’d sighed and smiled, and they had gone back inside and watched Star Wars, and she had sat a little apart from him, and he had picked at the cracks in the brown leather sofa and tried not to think about how much he wanted to touch her.

The wind whipped up the final embers of his cigarette, and the sparks flew like little devils into the dark.

He cupped his hands around his elbows in an effort to warm himself, but that reminded him too much of a hug, of the hug she’d given him on that last day, just before she’d left for the station. A brief press of her body against his, her chin on his shoulder, and then she was gone.

Gone, gone, gone. Just like that, leaving a handful of lukewarm memories and a pot plant that was already starting to wilt. It sat on his chair, no room for it on the desk, and the weak light from the naked bulb overhead shone dully on its dark green leaves and tightly-closed buds.

How original, he thought. Dumped with a pot plant.

She shook her head. “I can’t explain it to you. We just never clicked. We’re incompatible.”

“That’s not true! Please—” He’d made a movement towards her, and the plant lurched top-heavy in his hand.

He stared at his cluttered desk, at the smug gleam of the plant’s shiny leaves.
He remembered the light pressure of her hug. How she’d stepped back, smiling, one hand adjusting her hair. Smiling. It hadn’t been a happy smile, more a sad oh well kind, but still. She’d smiled.

Her smile had been what he’d first liked about her. Her perfect Colgate teeth, the cat-like curve of her lips. God, she’d been so beautiful when she smiled.

And she’d smiled, turned away and got on the train and hadn’t come back.

That fucking smile. It teased him and turned him on and made him hate himself, because she was gone, she’d been so beautiful and for a few months she’d been his and only his, and now she was gone and she’d taken her smile with her, and all that he was left with was that motherfucking plant.

His hand was at his belt before he realised what he was planning, but by then he didn’t care. His dick was already hard, and it only took a few fumblings of jeans and boxers to get going, and so he sat on his cold bed and jacked off furiously, miserably, desperately, over the memory of her smile, and the ghostly anticipation of her breasts that he’d never touched, and her mouth that he hadn’t kissed enough. It was short and grim, and he came with a spurt of self-loathing that shot between his fingers and actually landed on the plant perched precariously on the wobbling desk chair.

He felt a stab of victorious satisfaction as the plant’s leaves buckled and drooped. Fuck you. And fuck Susie, and her beautiful fucking smile.

He kicked out and hit the chair. It spun around, and the plant crashed to the floor and splattered in a mess of plastic pot pieces, soil, and bruised cum-stained leaves all over the carpet.

He sat there for a moment longer as his heartbeat returned to normal, then wiped himself off and lay back on the bed. The sheets were still cold, and now felt slightly clammy. The ceiling swirls peered down at him, and he stared back with his fists clenched behind his head.

Had it been the smoking? Star Wars? For Christ’s sake, was it even the sofa?

He didn’t know. He hadn’t a fucking clue.

Well, Christ, how could he if she wouldn’t tell him what the problem was? What did incompatible even mean? It sounded like one of those vapid labels women applied to things when they couldn’t be bothered to admit to a simple problem. Incompatible made things sound important and valid, as though she could go and tell their story on Jeremy Kyle or write one of those wanky Eat, Pray, Love memoirs.

He looked back at the ceiling and closed his eyes. He felt small and pitiful. He couldn’t even hold onto his anger, or convince himself that he could be righteously indignant about this; he felt numb and hopeless. Despair crawled down his throat and twisted in his lungs.

The bed creaked as someone sat down and settled their weight on the edge of the mattress. He opened his eyes, then recoiled in shock.

A man was sitting on the end of his bed. A naked, filthy man with soil falling out of his hair and down his body and from his fingertips. His skin was dark brown, caked with dirt; his hair was matted with mud. He reached across to the desk and picked up the dog-eared copy of Franny and Zooey, and began to turn the pages with dirty, dark brown fingers. Crumbs of soil fell from his hands, and he shook them vaguely, flicking earth onto the bed sheets.

John made an inarticulate noise.

The dirt-man looked up briefly, his eyes very clear and white in his muddy face. “Sorry,” he said, and went back to the book.

The plant still lay on the carpet, but now it was completely dry and withered. Its leaves were shrivelled like burnt skin, and its stems were thin and brittle. The soil seemed to have got tracked deeper into the carpet without anyone actually touching it.

John hugged his pillow and stared at the man out of the corner of his eye. He was still sitting there, reading Franny and Zooey. John tried a few times to speak, but couldn’t think what to say. As he opened his mouth for the fifth time, the man closed the book and laid it carefully on the bed beside him. He drew his heels up onto the bed and sat with his arms resting on his knees.

“She never said that!”

“Did you talk about it with her?”

“Neither of you did.” The man shrugged. Soil fell from his shoulders. “Maybe that’s significant.”

“And yet neither of you made the effort to talk about it. Maybe if both of you had really wanted it to work out, you would have talked about it.”

“Well, you know. I just always thought it would be not yet, and when it was ready, when she was ready, she’d let me know. I didn’t want to pressure her, you know? Be one of those guys who’re only in it for the sex. I thought…I don’t know. I thought…”

John breathed in deeply. He could smell the fresh aroma of new soil, slightly damp, newly turned. It reminded him of a rainy garden, back when he’d lived at home with his ’rents and actually had a garden. He hadn’t lived in a place with grass for years. He pressed his face against the pillow. But there, lingering in its duck-down depths was the faint dream of Susie’s perfume, that floral scent that always clung to her and wove itself into the fabric of everything she touched.

“She should have said,” he burst out.

John felt the crackle of feathers, and caught a fresh mist of florals. “God, this is a mess,” he whispered. “I fucked up. And now I’m so fucking unhappy.”

“I was only with her for a few months. It shouldn’t affect me this much.”

“Did you love her?” the man asked.

“I don’t know.” John squeezed the pillow miserably. “I think I could have loved her. I could have. I wanted to be able to love her, to get to that stage when I did love her.”

“But you didn’t get that far,” the man said. “You didn’t love her yet. There’s still hope.”

“Still hope,” John repeated, and he thought of Star Wars, and of Susie’s face bathed in the light of the exploding Death Star. “I hate this. I hate her.”

“Do you really?” the man asked.

“No,” John said. “Yes. Maybe. I don’t know. I want to hate her. She smiled, you know that? She just smiled and—and that fucking plant.”

They both looked at the mess on the floor. The man scratched his filthy scalp with a filthy finger. Soil dribbled from his hair and onto the carpet, where it pattered down onto the rest of the debris of dead roots and broken pot.

Thanet 👏 👁 #cargraffiti #cleanme #dirtycar #dirtycarart
One of my favourite exhibitions I’ve seen so far at the Turner. Fleshy, saturated, contradictory, evocative, disturbing, lush, potent. 🐍 #taishani #turner #turnercontemporary #margate #art #gallery #female #thefutureisfemale #babylon #ancient #eve #lilith #snake #feminine #pink #structure #shape #woman #turnerprize
First time in Daunt Books. 📚 #dauntbooks #london
2019 hasn’t been my favourite year so far. I’m really proud of the progress I’ve made in my writing - I’ve pushed myself to try harder and think deeper about what I’m actually doing and how I’m going to do it. I got my MA, and my dissertation is some of the truest stuff I’ve ever written. But writing it was really really hard. So hard I feel burnt out now, and everything I was working on has stalled. I qualified as a yoga teacher, but only after becoming so troubled and disillusioned with yoga that at some points I wondered if I would ever practise it again. I’ve moved between jobs, I’ve made and deepened friendships, I’ve made choices and had no choices. I moved out, and that’s been great but adulting is tough. There have been personal things so big and terrible I didn’t quite know how I would survive them. So idk. 2019 has been hard. And that’s not even talking about the decade. 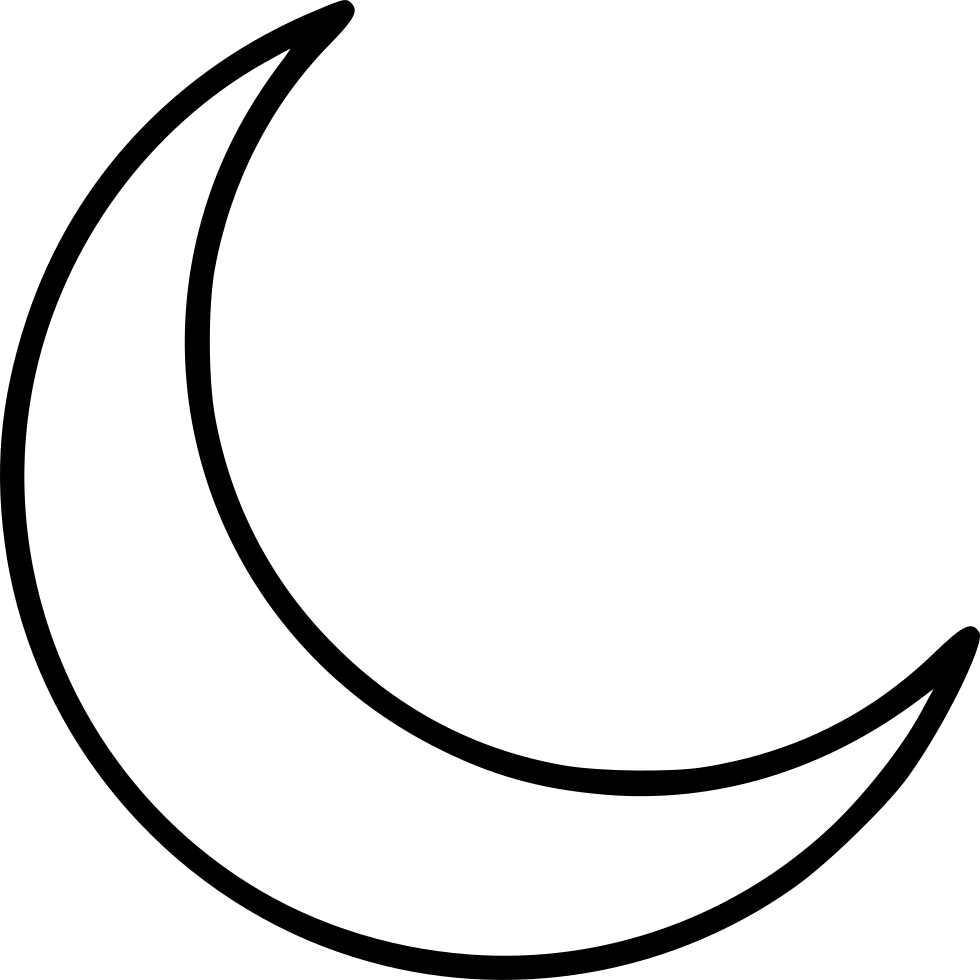